In the field of UVA protection, its labeling on sunscreens is rather inconsistent. Each country has its own way of labeling and testing protection against UVA light. Non-uniform labeling leads to consumer confusion and, consequently, a greater chance of manufacturers misleading consumers with incorrect indications on their sunscreens. What exactly are the differences between testing and labeling standards for UVA protection? Can we achieve 100% protection against UVA rays?
PrevPreviousUV light – danger, protection, the latest findings in science

In the previous part of the post, which you can read here, I briefly explained the differences between UVB and UVA light, explained the standards for testing UVB light protection, and some basic information on how the skin responds to UVA light. As UV labeling is inconsistent in the field of UVA protection, this leads to consumer confusion and, consequently, a greater chance of manufacturers misleading consumers with incorrect indications on their sunscreens.

Well, when I mentioned that they didn’t know how to uniquely measure UVA protection, they developed their own system of measuring UVA protection in Asia. The Asian UVA protection evaluation system was developed by the Japanese, who first began measuring PPD and introduced the PA + system. This method of measurement is on human skin and is most similar to in vivo SPF measurement.

We Europeans were among the last to introduce certain standards in the field of measuring UVA protection. In Europe, a combination of in vivo and in vitro methods of measuring broad spectrality has been introduced. It is a UVA-protection factor or UVA-PF, which measures protection against UVA rays in vitro (on a glass plate, including certain coefficients to make the calculation as similar as possible to the measurement in vivo on human skin). In Europe, the UVA label in the circle was then introduced, ensuring that UVA protection achieves at least 1/3 of the declared UVB protection (i.e. SPF).

Actually, yes. Notwithstanding the fact that the field is not regulated in the same way in all countries, producers must adhere to certain standards. There is now one in vivo ISO standard used to measure UVA protection, which is used all over the world (with the exception of America), called UVA-PF in vivo (PPD measurement). However, there are two other ISO standards for measuring UVA-PF in vitro. The table below lists the ISO standards used to measure UVA-PF in Europe and across other continents or countries. 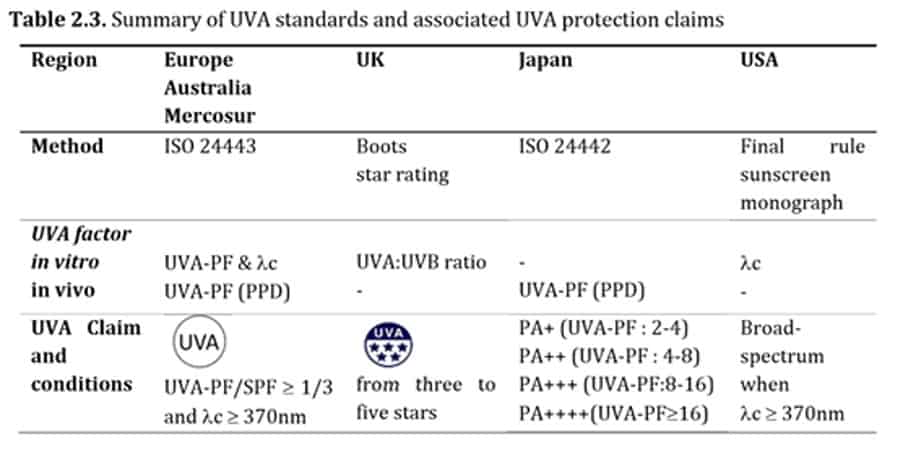 So in Europe, manufacturers have to stick to the ISO standards listed in the table. After the manufacturer measures everything necessary according to the standards, he is obliged to indicate the protection against UVB rays, ie SPF to be numerically stated on the packaging, while the protection against UVA is not obliged to state. A sunscreen from a European manufacturer can get the UVA mark in a circle if the sunscreen meets the following conditions:

(2) that the critical wavelength is greater than or equal to 370 nm.

This second criterion is e.g. for Americans, the only thing a sunscreen has to meet if a manufacturer wants to get a “broad-spectrum” label for it. If it doesn’t meet that either, it can still be sold, just without that label.

What if I have a PPD or UVA-PF number, how do I know from this information what the protection against UVA light is?

We may still clarify very quickly if either of these two methods is better. No. The in vitro UVA-PF method is an equivalent alternative to the in vivo PPD method. The in vitro method was developed in order to replace the in vivo method and thus to avoid tests on human skin. In practice, the UVA-PF numbers obtained by one method or the other are very similar.

So what does PPD actually tell me? For example, if the PPD is 20, this means that skin smeared with sunscreen needs 20 times more time to tan after contact with UVA rays than if it is not lubricated with sunscreen. So similar to SPF, except that with SPF we irradiate the skin with UVB rays.

From the data of UVA-PF or PPD we can calculate what percentage of UVA rays the sun cream protects us from.

CALCULATION OF SPF OR UVA-PF (PPD) PROTECTION IN % AND VICE VERSA:

What to do in case I don’t know the PPD data of sunscreen?

In our at least a month-long hunt for data on the level of UVA protection, we finally collected the desired data with the girls and, in order for you to know what you are buying, combined them into one extensive Google Drive document with SPF and UVA data. protection, price and price-performance according to the level of protection and mileage. The data collected so far on sunscreens and their protection against UVA rays can be viewed here:

The table also collects price performances of various sunscreens. These are converted as price / mL in the table. 1mL is the approximate amount for 1x application to the face. So the price / ml is basically the price you pay to smear your face once.

In case you do not find your chosen sunscreens on our list and consequently do not get information about PPD from the manufacturer, the most sure rule is to buy a sunscreen with SPF50 +, which has the UVA label in the circle. SPF50 + means that the SPF is a minimum of 60, which ensures that the UVA-PF is at least 20 and that the protection (due to (2) criteria) is also covered in that part of the UVA spectrum that is already close to visible light. So that the curve is also stretched after UVA work, not just after UVB (as can happen with American sunscreens).

Attention: manufacturers intentionally state % to make the numbers look higher, and people then think that % is the same as UVA-PF but PPD!

This post has been longer than I expected it to be, but I only started writing this post because of such consumer urges. So when you buy sunscreen make sure it has a UVA label in the circle. As I said before, with SPF50 + you get PPD of at least 20 and thus protection against 95% UVA rays. Because some manufacturers have extremely low PPDs, they often quote percentages instead of specific UVA-PF or PPD data, in order to make the protection look higher.

So if you are interested in what UVA protection is in%, you calculate this using the equation below:

If a manufacturer pours water on their mill and tries to mislead consumers by quoting percentages, you can quickly figure out what time it is. Otherwise, such claims stating percentages are contrary to European law, but until no one is punished doing it, some will still evade the law to cover up their poor PPDs. If the manufacturer claims that UVA protection is 90%, how do I know how much PPD is?

Can we achieve 100% protection against UVA rays?

What about an antioxidant supplement? Antioxidants are a wonderful addition to sunscreens as they actually provide a secondary line of defense because they neutralize free radicals that form in the skin after exposure to UV radiation. Antioxidants help reduce the damage caused by those few % UVA rays that sunscreen still lets out. But do antioxidants increase UVA protection? No, antioxidants are not UV filters, nor do they absorb or reflect UV rays, so we cannot attribute the same role to them as UV filters.

At the end of the post, I would like to thank the girls with whom we created the Google document on the level of protection of individual sunscreens against UVA light, and especially thank Špela Bordon for selflessly sharing all her knowledge and broadening my horizons in the field of UVA protection. Big thank you to Gabi Nedič, Tiki Hribar, Daši Peternelj, Nini Stajner and Špela, that you selflessly shared your time and nerves, that we gathered all this information in one place. 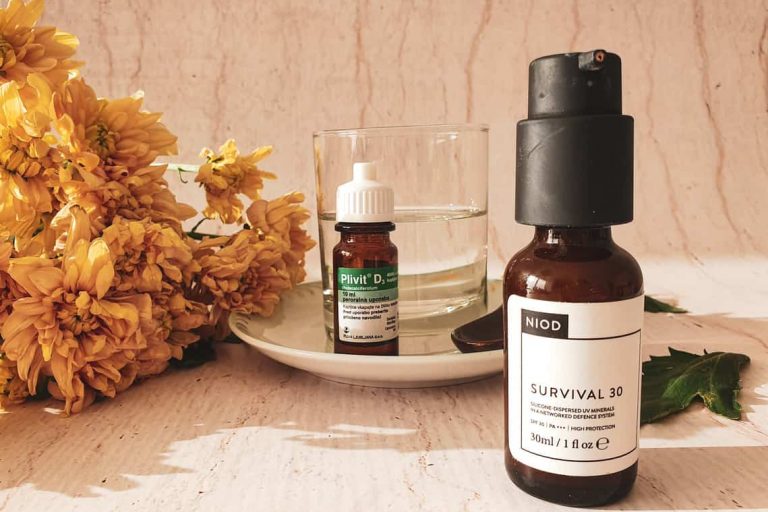 Since the use of sunscreens has been on the rise, they have gained many advocates as well as many opponents. Opponents of sunscreens claim that… 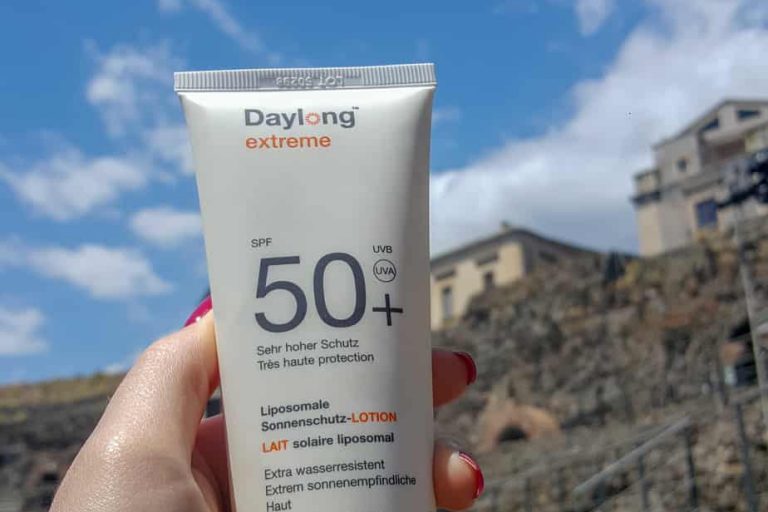 Toxicity of UV filters – myth or the truth?

We’ve already gone through basics about UV rays, protection against UV rays and everyday use of sunscreen. Now it’s time to take a look in… 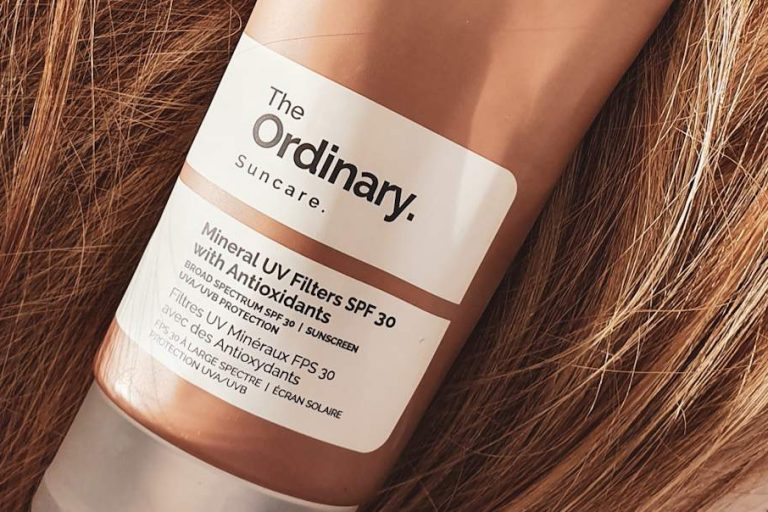 We regularly protect our body with sunscreen, as today’s society is becoming more aware of the harmful effects of UV radiation. The only area on…