Sometimes we come to the point where we find that with a properly tailored skincare routine, we can no longer change anything, or the condition we are at is the best we can achieve with home skincare. That’s when we start thinking about cosmetic and dermatological treatments. One of the dermatological procedures that can be used for various indications is the laser.

Is the laser suitable for most skin indications?

The laser is practically versatile, as with changing wavelength we can achieve different effects. The laser can help eliminate unwanted hair, but it can also be used on the face, to reduce wrinkles, to treat acne, to lighten hyperpigmentation and post-inflammatory hyperpigmentation, to remove marks, to remove spider veins.

There are several types of lasers, and we need to know that we can use several different lasers for the same skin indication. We roughly separate ablative and non-ablative lasers. Non-ablative lasers can be divided into 3 main groups:

For ablative lasers, we know the CO2 laser and the Er: YAG laser. 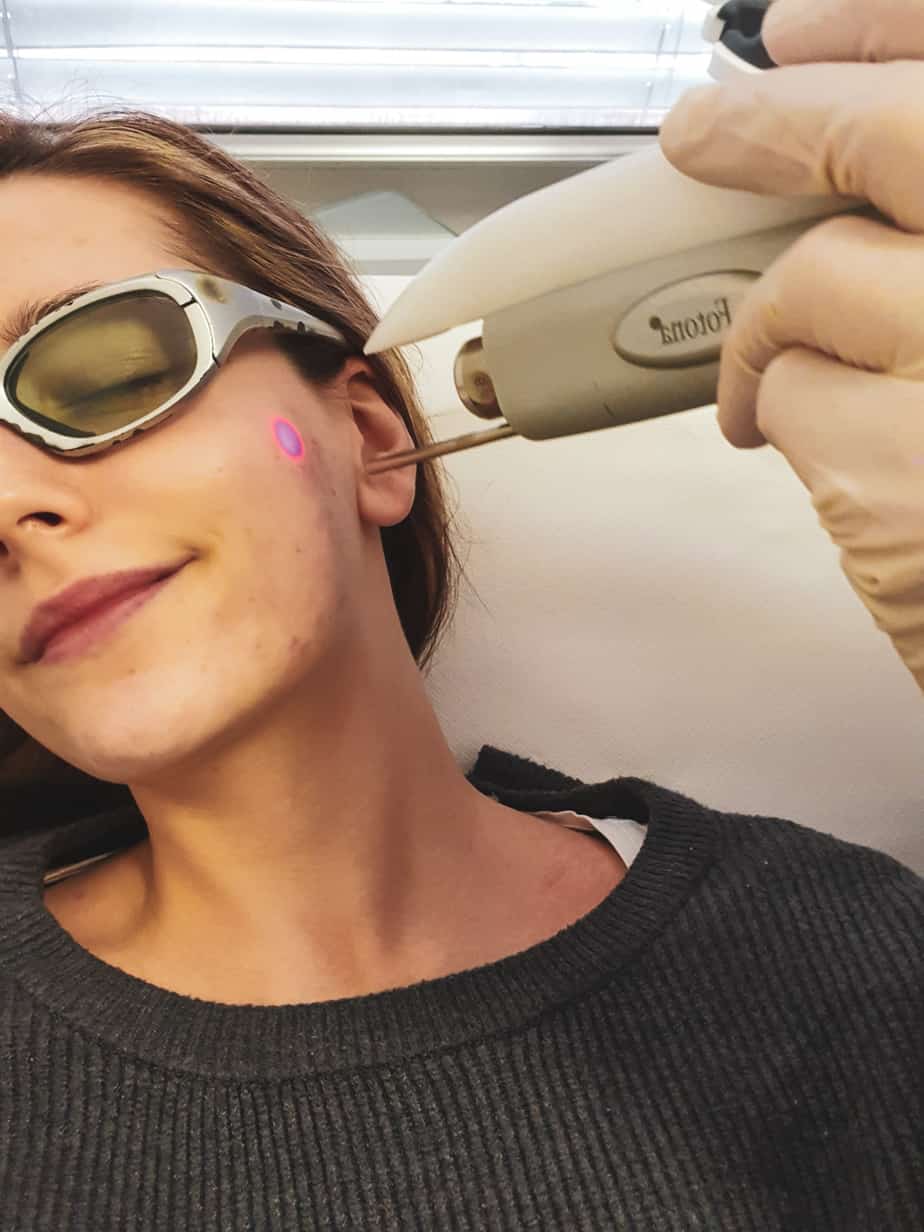 With ablative lasers, dermatologists are getting drastic numbers of the transformation of photodamaged skin, scars and wrinkles. With precise mechanisms of interest to scientists, we make sure that the CO2 lasers induce collagen shrinkage, which serves as the basis for the formation of new collagen tissues.

With an Er-YAG laser, energy is converted to heat, which ends up in the form of steam, reducing the thermal damage to the surrounding tissue without visible contraction of the dermal collagen fibers. Compared to a CO2 laser, the Er: YAG laser is more suitable for mild to moderate photodamage.

When discovered, the CO2 laser was crowned the gold standard for rejuvenation as it achieved excellent rejuvenation results. However, shortly after use, it was found that repeated use of the CO2 laser poses a risk of thermal damage to the surrounding tissue, which prolongs the recovery time.

Long-term swelling and erythema, skin dyspigmentation and increased risk of skin infections, eczema and scars were reported as side effects. On the other hand, repeated use of the Er: YAG laser has not shown such frequent side effects and is therefore a significantly safer method.

Non-ablative unfractionated lasers came on the market in the late 1990s, primarily for the purpose of skin renewal. This class of lasers causes mild effects on the skin and causes controlled damage to the tissue in the dermis, thereby promoting dermal transformation and collagen production. The results of non-ablative lasers are mild compared to ablative lasers, but patients seeking a gradual improvement in their skin often choose this laser class because of its minimal recovery and side-effect profile.

Since I am attending laser treatments myself at the Medilase Dermatology Center, I would like to introduce you to the laser with which the treatments are performed and how this particular laser works in acne skin.

Laser Nd: YAG works to avoid damage to the epidermis, while targeting the dermal layers to promote the growth of new collagen tissues. The Nd: YAG laser is known to be safe and effective in treating acne because it shrinks the sebaceous glands, minimizing sebum production, preventing the formation of new acne lesions.

In addition to its thermal penetration effects, Nd: YAG laser acne treatment also accelerates the healing process and promotes collagen remodelling, an important step in the long-term treatment of acne. By heating the subcutaneous skin (non-ablative), it promotes neocollagenesis, which improves the appearance of facial wrinkles.

Want to join the discussion?
Feel free to contribute!

Undereye circles – what do we know about them?