Hair is exposed to chemical and mechanical stress and stress from the environment daily. All this leaves the consequences of hair, such as weaker, brittle hair and lost hair shine. For the purpose of restoring the hair surface, we use cosmetic hair restoration products, especially hair balms. This time, in Slovenian cosmetics, we represent the brand Eterika, which created the entire line of hair restoration products.
PrevPreviousHow to take care of skin and hair on the seaside?
NextHow do skin cleansing products work?Next

Hair is exposed to chemical and mechanical stress and stress from the environment daily. All this leaves the consequences of hair, such as weaker, brittle hair and lost hair shine. For the purpose of restoring the hair surface, we use cosmetic hair restoration products, especially hair balms. This time, in Slovenian cosmetics, we represent the brand Eterika, which created the entire line of hair restoration products.

Human hair is naturally the same as all epidermal appendix that are typical of mammals. Their main function is to protect the body from external factors. The scalp differs from the skin on other parts of the body, as it is full of large hair follicles from which long hair fibers grow. A large sebaceous gland is attached to each of the hair fibers. Each hair is composed of the shaft, the cortex and the core. The shaft of the hair is an envelope that protects against the ingress of water and consists of several layers of cells that overlap like tiles. 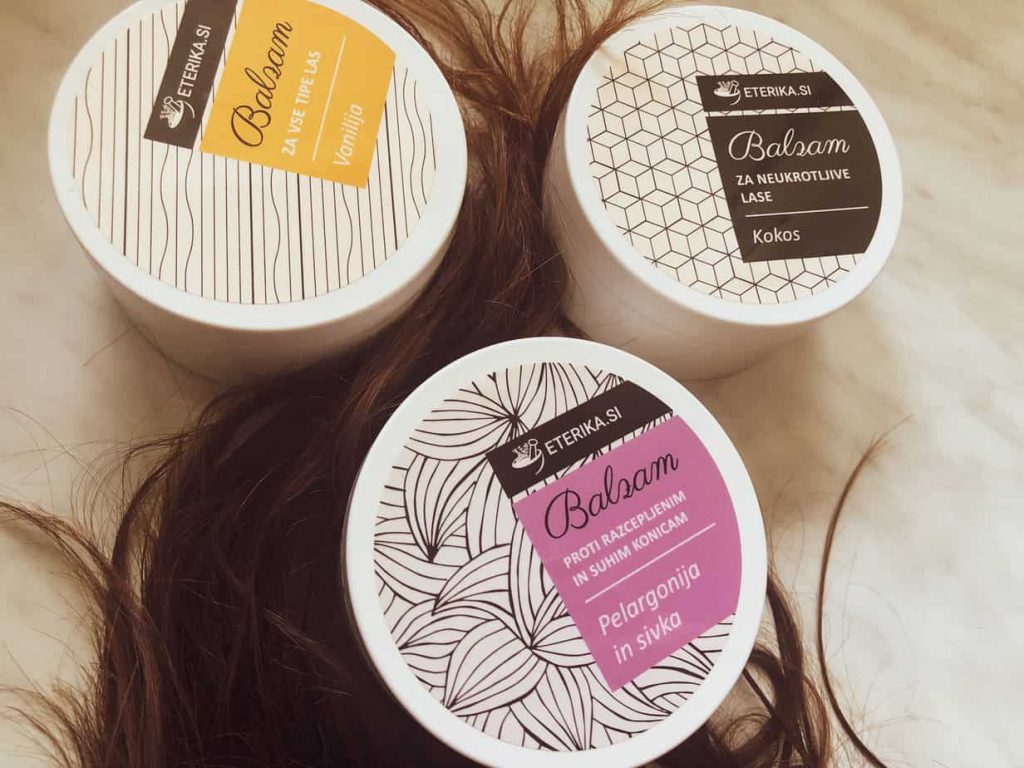 Straight and curly hair are composed of different cells

Like other tissues, hair is also made mostly from proteins. The hair consists of 85% keratin, which has a very high content of sulfur-containing amino acids (15% cystine). Hair fibers consist of 1-3% lipids, trace metal ions (aluminum, chromium, calcium, magnesium), water and pigments.

Hair has two basic properties—strength and elasticity. It is remarkably resistant; a single hair fiber can carry a weight of 100 g without breaking, and can extend by 20–30% when dry and 100% when wet without breaking. This resistance is due to the presence, composition and organization of the cortex protein keratin. 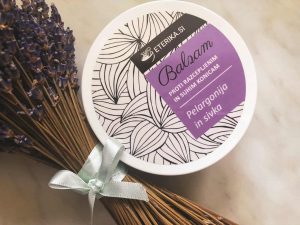 Hair damage and how to deal with repairing the hair structure

The number of consumers with damaged hair continues to grow due to external factors. There appear:

Hair after this kind of damage needs to be corrected at several levels from the middle of the cortex to the shaft. Hair conditioners are usually composed of filmmakers, such as silicones. The filmmakers cover their hair with a fine waterproof layer and thus slow down or prevent the penetration of active substances into the hair’s interior.

The role of hair conditioners

Hair conditioners restore the structure and affect the appearance of hair. Also, the use of hair conditioners can make it easier to comb and reduce the tension between hairs. Balms also increase the shine and volume of the hair and improve their structure. Among the hair restoration ingredients are mostly cationic surfactants such as stearalkonium chloride, cetrimonium chloride, dicytilimony chloride, PEG-2 cocochromic chloride and others.

The texture of the hair can also be restored in a completely natural way. In the case of Eterika, Anja created as many as 3 natural hair balms. The most important ingredients of Eterika’s Balm are emollients. These are lipophilic substances that give hair a shine. Emollients are distributed over the hair to form a transparent film that repels water.

Aside from making a great moisturizer for hair and scalp, the oil has been used as a natural remedy to combat frizz, get rid of dandruff, remove and prevent lice and promote hair growth. Its antibacterial properties may ward off folliculitis, an infection of the hair follicles, and may also fight fungal infections, such as ringworm of the scalp.

Funfact: Did it ever happen to you, that you got a chewing gum in your hair? Coconut oil can even be used to extract chewing gum from hair.

While pure coconut oil can improve scalp health, therefore improving the conditions for growing thicker, fuller hair, it does not treat the underlying cause of hair loss and cannot be relied on for treating baldness related to dihydrotestosterone.

Argan oil is a versatile oil that helps hydrate and soften the hair. Argan oil is rich in oleic and linoleic acid, but also contains high levels of squalene and vitamin E, which act as antioxidants. Argan oil should naturally increase the elasticity of the hair and consistently renew the shine of the hair. Vitamin E is a lipophilic antioxidant that protects against free radicals. Lately, vitamin E is said to be an ‘anti-pollution’ component, as it should prevent harmful effects of the environment.

This ingredient in derived from rapeseed oil. It is a very mild yet effective ingredient known for it’s de-tangling and hair thickening properties. Because this ingredient directly deposits onto the hair follicle to smooth out the cuticles, it’s highly regarded for its conditioning abilities. It can be found in many hair products like conditioner, detangler, shampoo and styling gel. It also acts as an emulsifying agent, gentle enough to be used in baby products that are left on the skin. When used in lotions and creams, it gives a soft and powdery after-touch to the skin. 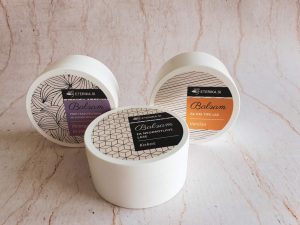 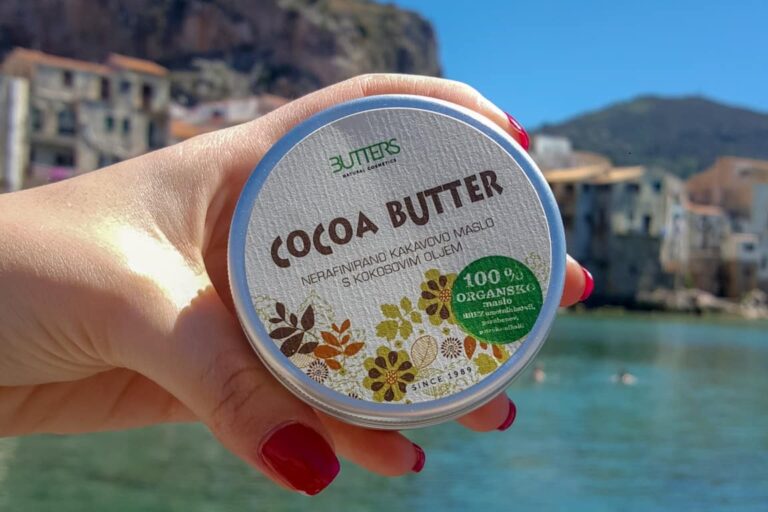 This time in Slovenian cosmetics we will talk about a brand that makes very nice smelling organic kinds of butter for skin care. Butters is… 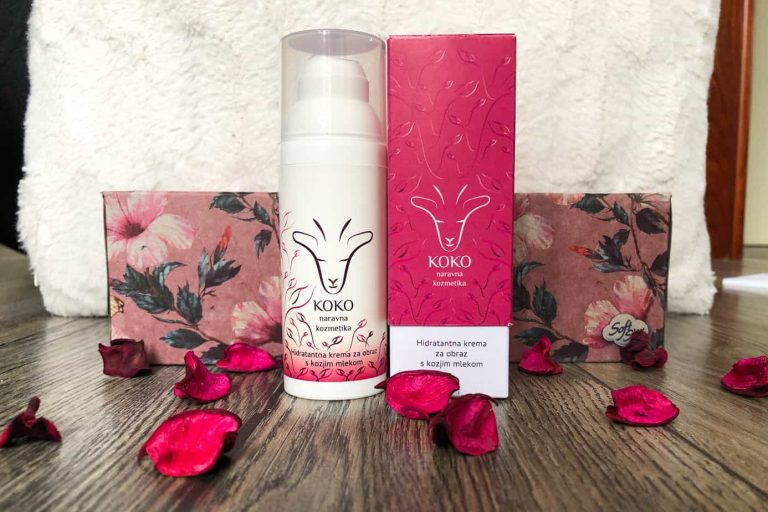 How little does it take to get a new idea. An e-mail from a Slovenian cosmetic company called Koko cosmetics caused some brainstorming. We had…

This time in the Slovenian cosmetics category we’ll get to know Skinfairytale. It’s been released to the cosmetic market with a different purpose, which is:… 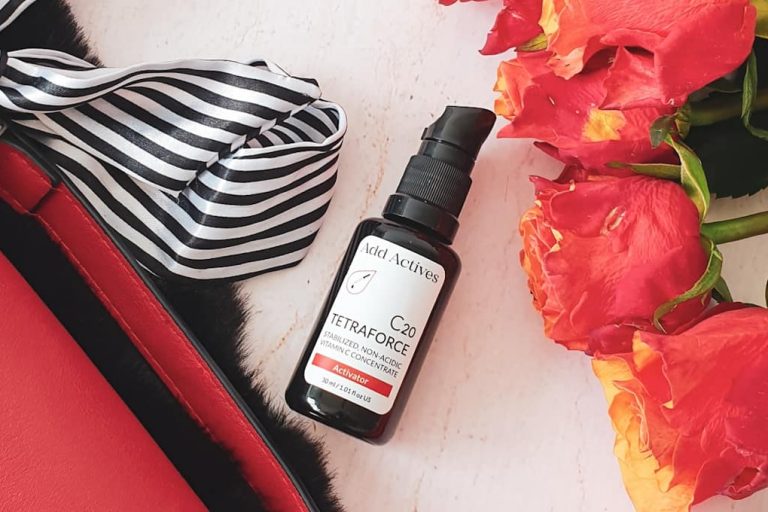 Add Actives C20 Tetraforce Activator is an extremely concentrated oil-based serum containing the most stable form of Vitamin C and many powerful natural antioxidants. The…